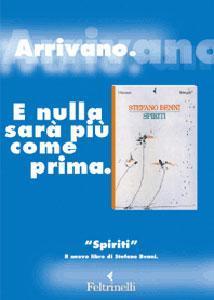 This course consists of 4 lessons in a Intensive Language Course plus 2 private tutorials on Italian Literature, each day. The course is designed for those who have a passion and/or a professional interest in Italian literature. As in all thematic courses, this one aims not only at providing knowledge of contemporary Italian authors, but also at improving the student's general knowledge of the Italian language on the basis of the didactic principle that the things that interest us are much more easily assimilated.

The program can be carried out in several ways:

A) a look at the main Italian authors of this century, at literary trends and movements, with readings and stylistic analyses of important passages;

B) the presentation and analysis of a specific movement or author;

C) the presentation and analysis of a particular work.

Topics that will typically be discussed during the course:
Program A:

Programs B and C:
If a student is particularly interested in a literary movement, in an author or in a particular work, the course can focus entirely on that topic. In such cases, we recommend that the student inform us before arriving in order to give the instructor sufficient time to prepare a specific program with selected texts.

Example of Program B: Pier Paolo Pasolini
Biography, his works in the language of Friuli, his political involvement with the Communist Party, his first novel (Il sogno di una cosa), his mature novels (Ragazzi di vita and Una vita violenta), his participation in the magazine Officina, his collection of poetry Le ceneri di Gramsci, his screenplays, essays and collected writings, his tragedies in verse (Orgia Calderon, Affubulazione), his posthumous collected poetry (Amado mio and Atti impuri).

Example of Program C: Una vita violenta by Pier Paolo Pasolini
The story of Tommaso and of his human and political maturation, which takes place among the poverty of shack dwellers, the "notti brave" in the nightspots of Rome, the thefts carried out with a group of friends, his homosexual prostitution, his discovery of politics, his tragic death.

The course is conceived for all students who have an intermediate level of Italian language.

To focus on specific subject we have studied some professional courses.
If you need to deal with specific topics related to you profession, we recommend that you please inform the school before your arrival, in order to better prepare the program of the course.