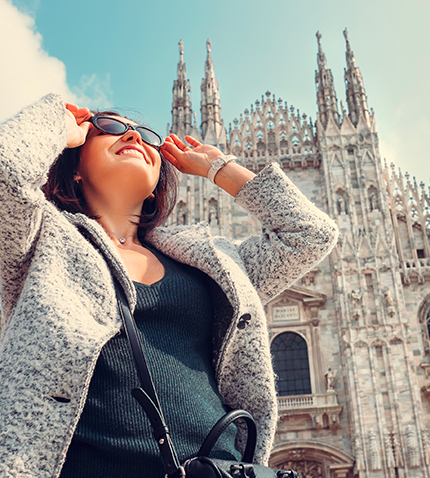 Milan is a city that surprises and seduces. Original and fascinating, in its hidden corners, picturesque courtyards, sweet-smelling gardens and parks and in the typical balustrade houses, the ancient and the modern, the past and the present coexist in complete harmony.

The undisputed capital of fashion and design, it hosts one of the most vibrant cultural scenes in Europe, thanks to its numerous museums, theatres and art galleries. Milan has a long and glorious history, clearly shown and told with its renowned monuments: the world-famous Duomo, La Scala theatre, the greatest opera house in the world, and the elegant Santa Maria delle Grazie, a UNESCO heritage site, which houses Leonardo da Vinci's Last Supper.

Internationally recognized as the creative core of Italy, thanks to its prestigious universities, academies and conservatories – including the Milan Polytechnic, the Brera Academy of Fine Arts and the Giuseppe Verdi Conservatory – the city is a favourite study location for hundreds of thousands of young people from all over the world.

A city that is always the same because it’s never the same, as a famous song in dialect says, 'Milan l'è on gran Milan' (Milan is a great Milan)!

Looking for more specific information? Then maybe the following pages might interest you. 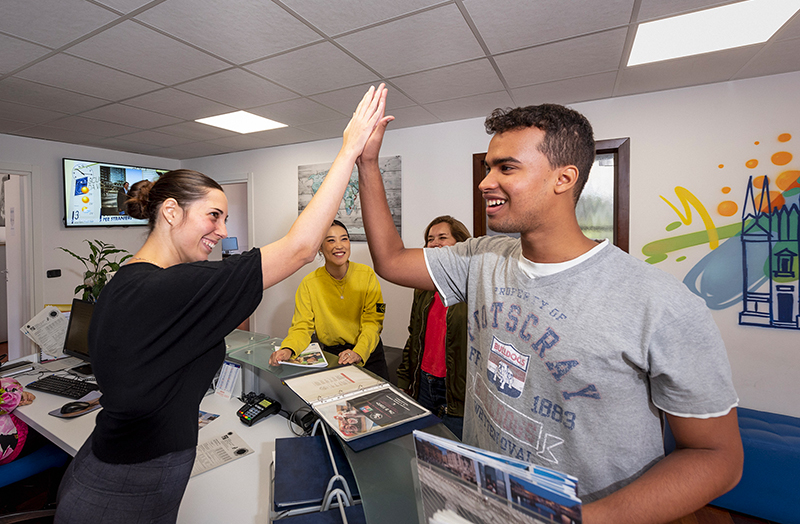 Looking for more specific information? Then maybe the following pages might interest you.

I just finished my 8 month intensive course at Scuola Leonardo da Vinci Milano. It was truly a life changing experience for me. All the staff at the school are extremely helpful, knowledgeable, and kind. They are true professionals who will do everything in their power to make your experience in Milan the best it can be. The school is like one big family and will genuinely make you feel at home. I actually can't wait to be back for more!

Study Italian with us!
Italian language courses in Milan and Online

The Scuola Leonardo da Vinci offers Italian courses to suit every need and for all levels.

You can study in our modern premises in the centre of Milan or from the comfort of your own home with our online courses. 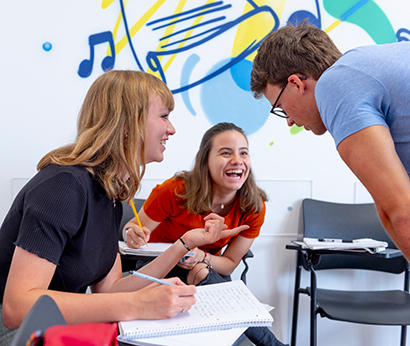 DISCOVER OUR ITALIAN COURSES IN MILAN 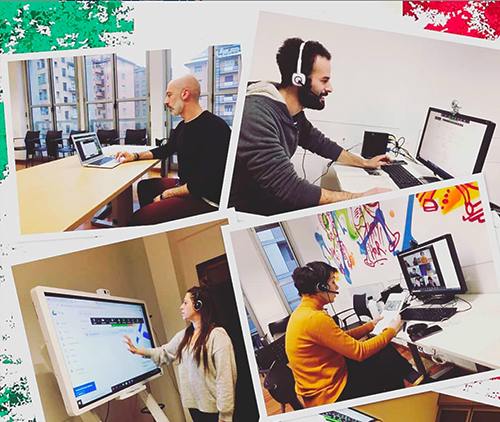 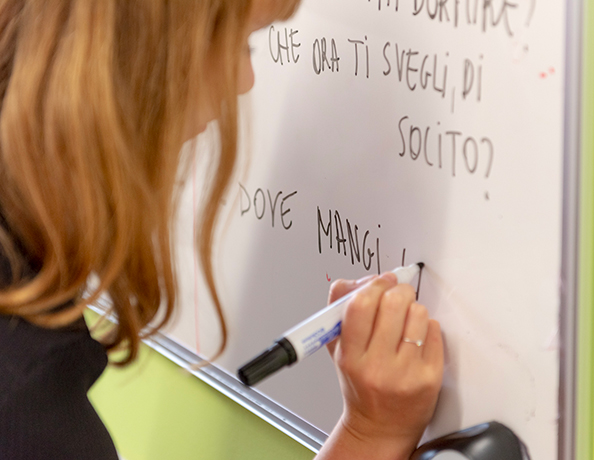 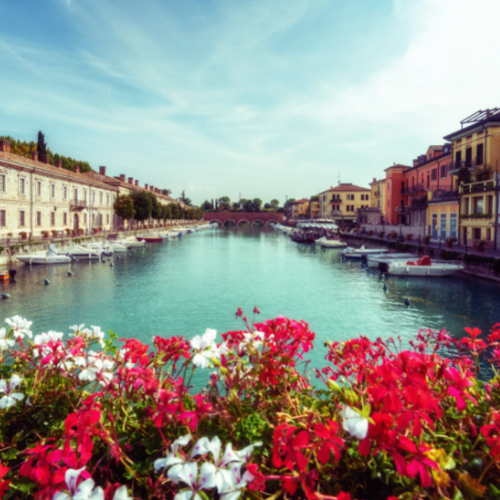 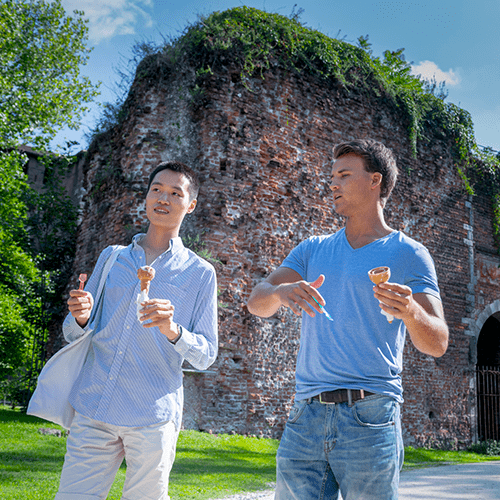 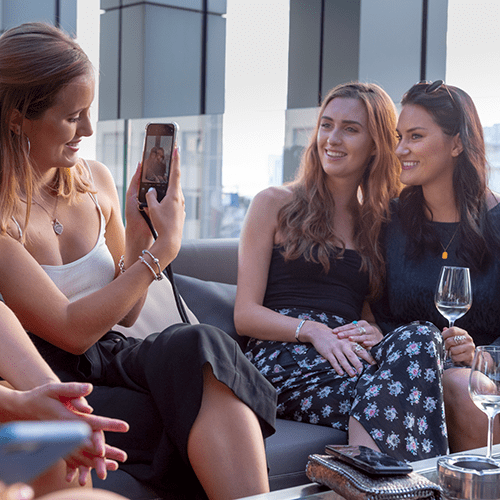 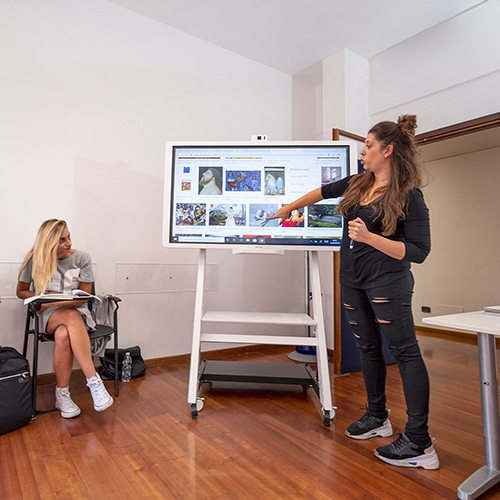 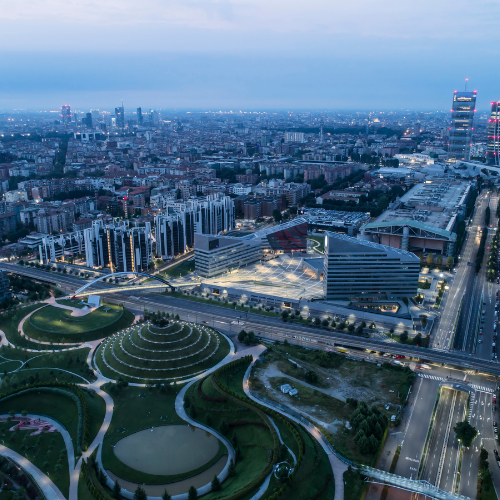 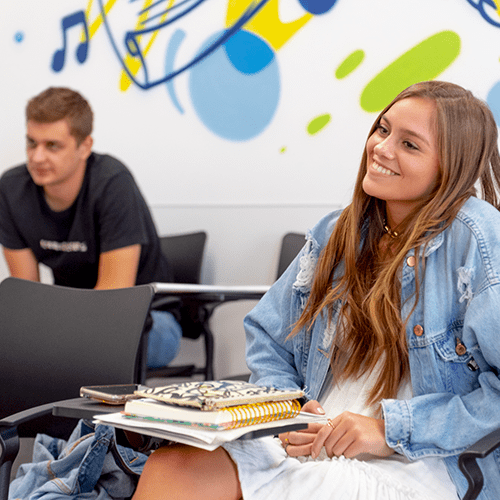 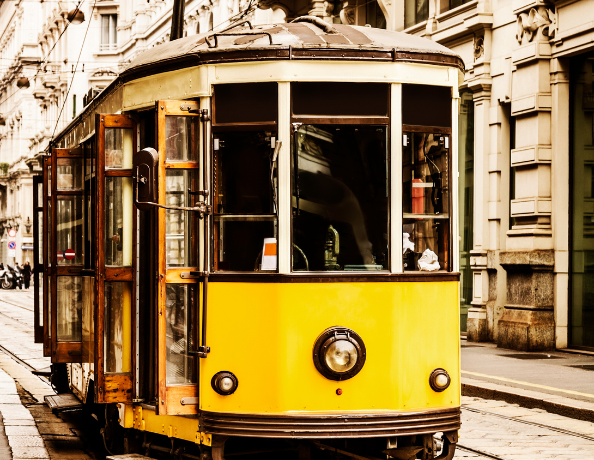 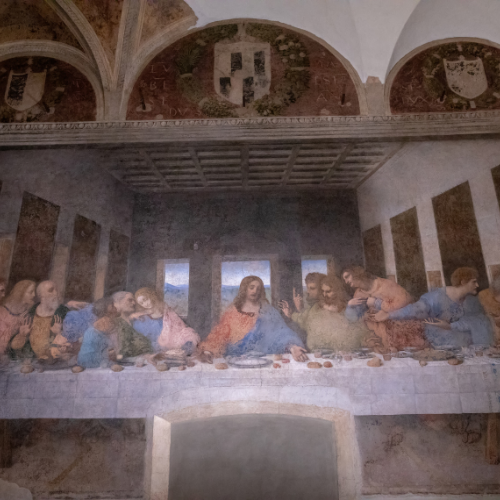 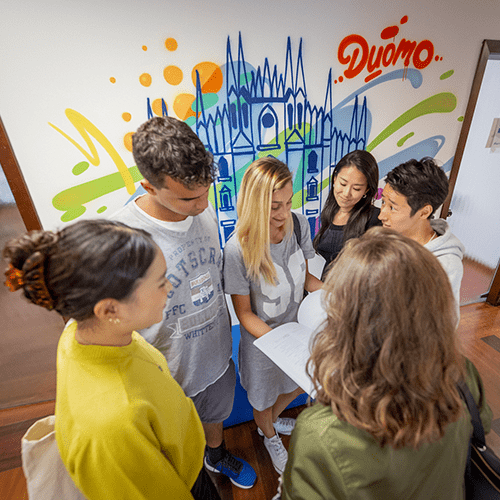 Want to know more? Discover the city of Milan, its history and its cultural life with About Milan: a tourist guide to Milan completely online. Here you will find information about what to do and what to see in Milan.