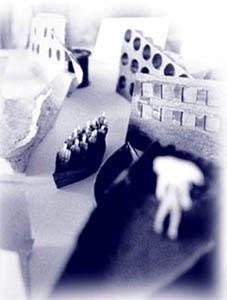 This course consists of 4 lessons in a Intensive Language Course plus 2 private tutorials on Italian Theatre, each day.

Theater is a fundamental feature of Italian culture and many foreigners, as lovers of theater, are interested in understanding the texts to improve their Italian. As in all thematic courses, this one aims not only at providing knowledge of the language of theater, but also at improving the student's general knowledge of the Italian language on the basis of the didactic principle that the things that interest us are much more easily assimilated.

The program can be carried out in several ways:

If a student is particularly interested in a theatrical movement, in a playwright or in a particular work, the course can focus entirely on that topic. In such cases, we recommend that the student inform us before arriving in order to give the instructor sufficient time to prepare a specific program with selected texts

Example of Program B: Pirandello

Biography, his years of learning in Sicily, his first novels, the collection of his short stories, his work with newspapers and magazines, his essays, his first play: Se non così (1915), his plays in Sicilian dialect, his first theatrical success: Tutto per bene (1920), his fame abroad: Sei personaggi in cerca d’autore (1921), etc.

Performed for the first time on May 10, 1921, at the Teatro Valle of Rome by the company of Dario Niccodemi, it is a complete fiasco! The following years it is performed in London and New York with great success. In 1923 is it performed in Paris in the version by Benjamin Crémieux, etc.

To focus on specific subject we have studied some professional courses.
If you need to deal with specific topics related to you profession, we recommend that you please inform the school before your arrival, in order to better prepare the program of the course.